Save 35% on your next cat food order

Why Your Cat Won’t Use Litter Box? 11 Major Reasons To Look Out

Wondering why and what to do when you cat won’t use litter box? Here are 11 Major Reasons and Steps To Avoid The Same

*This post contains affiliate links and we will be compensated if you buy after clicking on our links.

With 48 hours of research, we have identified major factors which say why your cat won’t use litter box to pee or defecate.

Reasons could be as simple as that your kitty doesn’t like to use your litter box or doesn’t prefer the type of litter used or it could be a complex thing like having a medical issue which you need to attend immediately with help of a vet. Stats say that at least 10% of cats have problems with using the litter box and if your beloved cat is one of them, never punish them. It could only aggravate and worsen the situation for cats as cats don’t behave as we expect. Use positive associations or rewards instead. Identify the real root cause of the issue by donning the cap of Sherlock Holmes, the detective and your cat will thank you for that.

Below are the 11 Major Reasons why cat won’t use litter box:

No. of litter boxes

Clash with other feline trespassers

The best thing to do as a cat owner is to take your kitty to meet the vet and examine the real issue. Behavioural patterns such as excessive licking of the genital area, blood in urine, patterns in urinating outside the box, vocalizing while in the litter box, lethargy, straining to eliminate, poor appetite, paying more visits to the litter box indicate medical issues. It could be lower urinary tract disease, kidney problem, ladder stone, liver disease, diabetes or sudden stomach cramp. The sooner you take to the vet, the lesser would be the complications.

Cats prefer certain characteristics in the litter box and it might vary depending on the cat. Some might prefer the open type if they are vulnerable and others prefer closed if they feel shy. Senior cats might prefer low entry. Always a bigger size box for cats to turn around will be the best option.

Just like a litter box, cats are masters in choosing the litter variety of their liking. They like certain brands and textures. The ideal one they like is clumped unscented litter. Other types are shredded paper, sawdust, wood pellets, clay, clumping litter. If you feel the need to change litter, slowly introduce the new one along with the litter and increase the new one’s quantity gradually.

Cats don’t want their litter box location to be changed often. It shouldn’t be in a far off inaccessible area as well as in the middle of a crowded area. Litter boxes shouldn’t be where cats don’t feel there is a way to escape.

Cats wanted their areas to be cleaner than what we would imagine. Minimum scooping and cleaning twice a day and deep cleaning at least once a week is the standard. For more detailed information on cleaning, please check this article on how to clean cat litter box.

No. of litter boxes

There must always be extra litter boxes for cats. Some might prefer to urinate in one and defecate in another. Also, for multiple floors, have boxes on every floor.

Sometimes, your kitty might have had bad experiences earlier while they were using the litter box which was similar to the current one. Replacing litter box is the best solution to avoid such negative associations.

If you have shifted to a new house, remodelled the house, have new visitors, then your cat might feel a bit stressed and it could be a reason for them to avoid the litter box.

Cats that don’t have front claws feel pain in their paws when stepping on litter and during digging. One way to address it is by using wood shavings or shredded paper as litter.

As cats age, there is a decline in mobility and cognition. Senior cats also suffer from arthritis and idiopathic cystitis which are reasons why they might miss using the litter box

Clash with other feline trespassers

What To Do When Cat Won’t Use Litter Box

There are a few things to check and change to make your cats use the litter box.

When none of the above solutions works, it is not a bad idea to take your cat to an animal behaviourist or a trusted veterinarian. They might conduct bloodwork, urinalysis or conduct ultrasound scan of the bladder to identify medical issues and provide suggestions accordingly. If you are interested to know about kittens, check out this article on why kitten won’t use litter box. 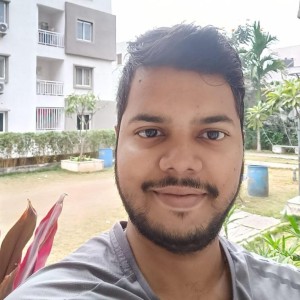 Girish is a cat enthusiast and lover of cats. He firmly believes to create an impact by bringing the right information about cats to their owners

We have partnered with Chewy.com to offer the best deal on high-quality cat food to our readers.If you click on button below, we will take you to their discount page

How To Keep Slugs Away From Cat Food? 12 Ways Of Avoiding Slugs

How To Keep Roaches Away From Cat Food? 8 Major Ways Of Avoiding Roaches

How to Keep Raccoons Away From Cat Food? 12 Ways Of Avoiding Raccoons

How To Keep Birds Away From Cat Food? 10 Ways To Do It!

How To Keep Flies Away From Cat Food? 7 Ways Of Avoiding Flies

How To Keep Possums Away From Cat Food? 11 Ways Of Avoiding Possums!

1 thought on “Why Your Cat Won’t Use Litter Box? 11 Major Reasons To Look Out”

Keep in mind that we may receive commissions when you click our links and make purchases. However, this does not impact our reviews and comparisons. We try our best to keep things fair and balanced, in order to help you make the best choice for you.

As a Chewy affiliate, I earn commissions for qualifying purchases.